When we were i Prague recently I took this rather boring, quite «touristy» shot of the rooftops from a nice spot near the castle. I didn’t think much of it at first, but at least I didn’t delete it from my camera. When I got it into my computer I found that it might have some potential after all, so I started working on it. 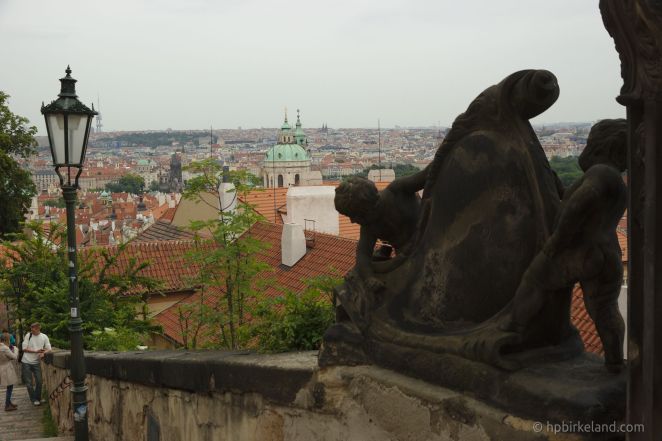 Original RAW, only corrected for white balance and lens distortion.

The first thing I did after tweaking the white balance and applying lens correction in Darktable was to straighten the lamp post with some manual perspective correction, and then I brightened up the statue to the right using the Tone Mapping module. Combining tone mapping with masks and opacity is a very powerful way to bring out detail from highlights and shadows in Darktable.

Tonemapped and straightened, ready for Gimp.

Much better. But I wanted to get rid of the people and also to clean up the lamp post and remove all the ugly stickers. Note that I had not cropped after I straightened the perspective, leaving a black area on the left side. This was intentional, as I wanted to have some working space when I cloned out the people in the corner.

The tone mapping also brought out quite some noise, so I applied some noise reduction in Neat Image before bringing it into Gimp.

After cloning and cropping I thought «eh, it still looks a bit dull. That big lamp is dominating the image with its emptyness». So when I got the image back into Darktable I added the light in the lamp using a couple of Exposure modules and a Color Balance module. I also did a bit of very subtle dodging an burning on the statue and gave the colors a slight boost: 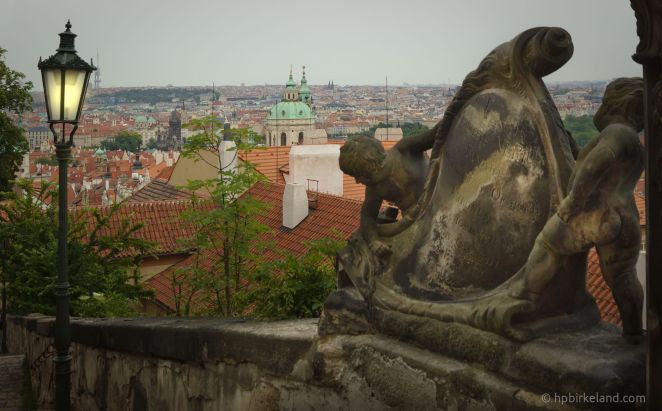 This is the finished daytime version, before darkening.

At first I was satisfied with this, but then I thought: «hm, why is the light on in the middle of the day? It might be better as a night shot». So I used a couple of Tone Curve modules to darken the image. Actually, it wasn’t that simple, because at first the curves adjustments messed up the light bulb. Therefore I had to export a tif and reimport into Darktable to bake the changes I had done, and then use tone curves to darken:

«Eh, way too dark in the foreground and too little contrast!» So I thought that if I took it into Gimp again and painted in some of the finished daytime version, then I’d be where I wanted. So I did, and you have already seen the result: