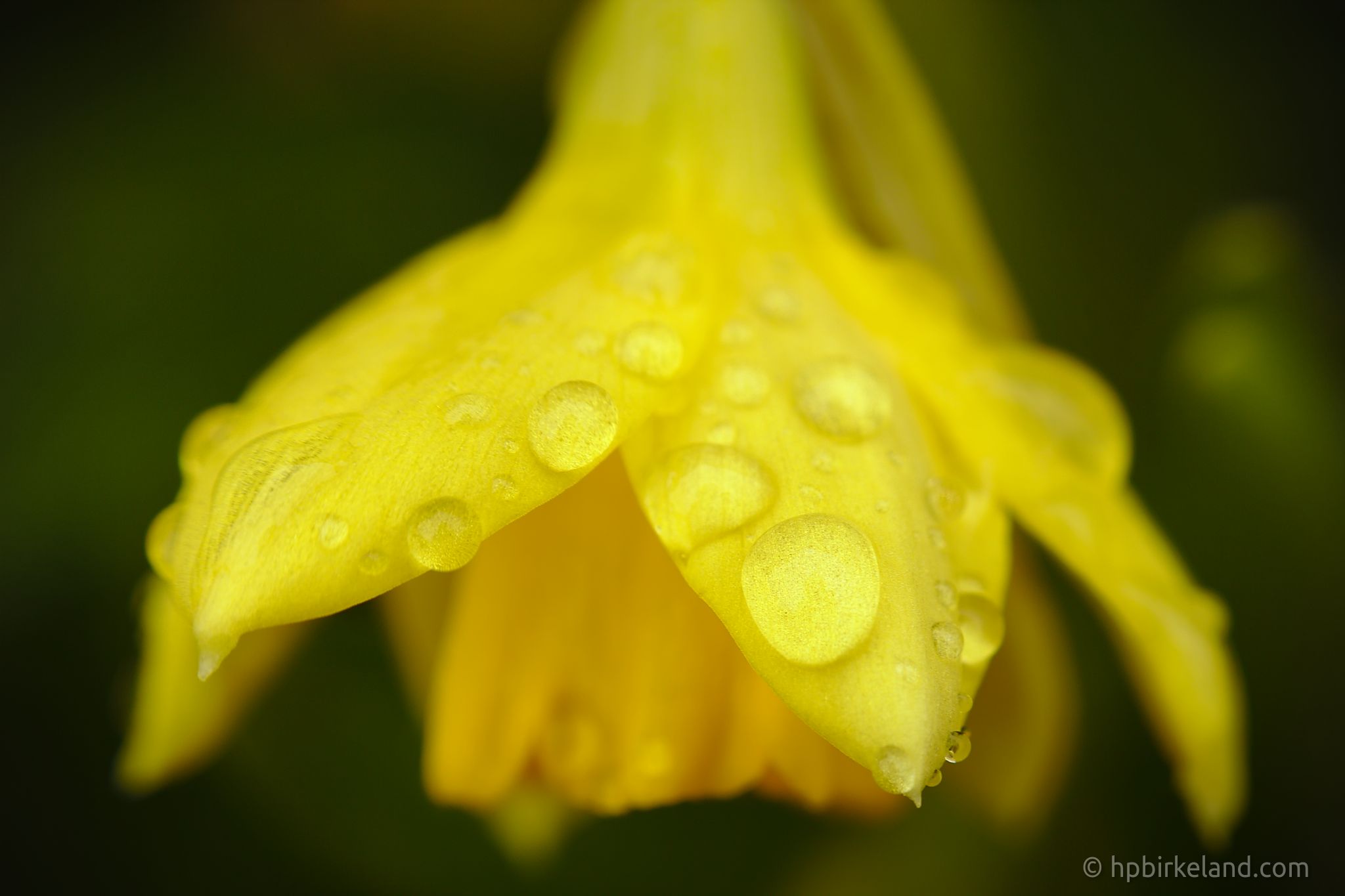 A daffodil «macro» and the importance of white balace

A couple of weeks ago I photographed some mini daffodils that we keep in pots outside our house. It had been raining, so there were some nice drops of water on the flowers, giving some extra life to the images.

I tried out a technique that I haven’t tried so much, a sort of «poor man’s macro». The idea is to detach the lens from the camera body and reverse it. There are adapter rings you can buy to mount the lens that way, but I don’t have one. Instead I just held the lens close to the body. Out of several attempts this one was the only one I managed to get sharp without any camera movement. I think it turned out quite nice.

The other challenge, or more accurately, potential challenge, I had was white balance. I had my camera set to Auto White Balance, and when I first saw the images on my computer I was not too satisfied. The above image looked like this:

As you can see, the lovely yellow petals were completely colourless. The good thing is that I always take my pictures in raw format. When I opened the image in my favourite raw converter, Darktable, all I had to do was to change the white balance to Cloudy to get to this result: 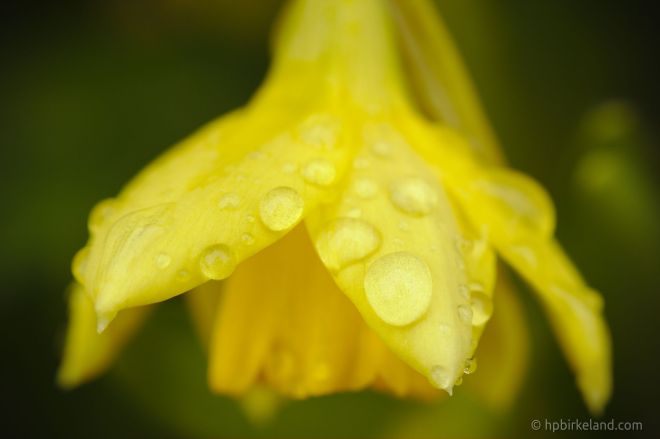 This is sort of a reminder for those of you who shoot jpegs, especially if you don’t like to post process your images: always try to set the correct white balance in camera. If I had  shot this as a jpeg, the bad result above would be what I got, and if I was not into post processing, that would have been it.

Now it is possible to get a decent result from a jpeg too, at least in this special case. I took the jpeg version of the uncorrected image into Gimp and used the Curves tool to correct it and got this:

Warmed up with Curves tool in Gimp

As you can see, the colours are not too bad, but the image feels flat and lacking contrast. This is why I shoot raw. I have all the original data available to make the best possible images.

I could definitely have been satisfied with what I got out of Darktable, but lately I have got a new toy in my toolbox: Google’s Nik Collection. I ran this image through Nik Viveza 2, to add some extra saturation and detail in some areas. Below is the finished image again, for comparison. What is your take on the raw vs jpeg debate? Let me know in the comments.

If you want to read more about the difference between automatic and manual white balance, read this post.